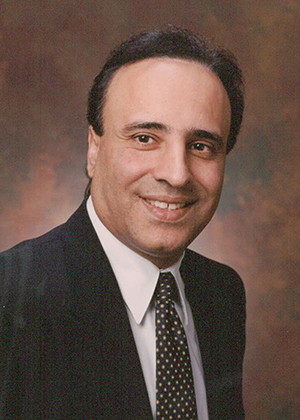 Shaun Shahrestani is the chief harbor engineer of construction for the Port of Los Angeles, the number one container port in the United States. In addition to record-setting cargo operations, the Port is advancing capital improvements at a pace of some $1 million a day, ensuring its customers benefit from superior cargo terminals and rail infrastructure.

Appointed to his current position in August 2003, Shahrestani oversees the day-to-day activities of the Construction Division and is responsible for construction management and delivery of a wide variety of infrastructure and maritime-related facilities at the 7500-acre Port complex.

Before taking his current post, Shahrestani served as harbor engineer, chief of program management in the Port’s Engineering Division, where he focused on key Capital Improvement Projects, such as the Berth 100 container terminal and Main Channel Deepening projects.

With more than 35 years with the City of Los Angeles, Shahrestani began his career at the Port in 1984 after promoting from the Department of Public Works. During his career, he has been responsible for the design and construction of several major Port development projects including the $500 million Pier 400 container terminal. Shahrestani served as program manager for this 484-acre terminal, which became the largest single-user container terminal in the world when fully operational in 2004.

Shahrestani is a member of the American Society of Civil Engineers (ASCE), Construction Management Association of American (CMAA), and American Public Work Association (APWA), past board member and membership chair of the California Marine Affairs and Navigation Conference (CMANC), and past member of the Technical Council of Lifeline and Earthquake Engineering.