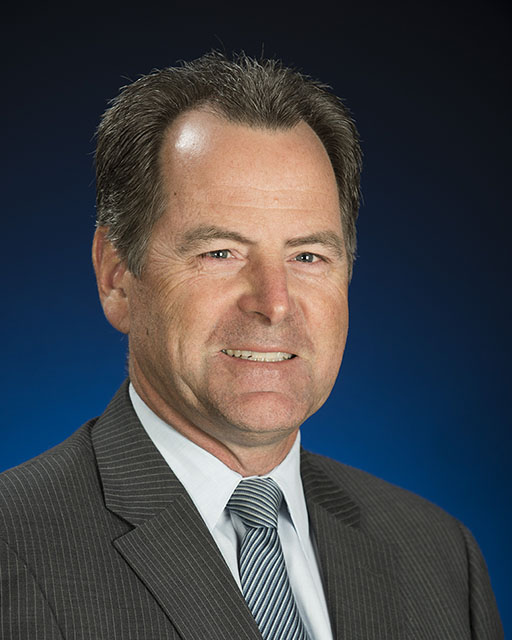 As Director of Cargo Marketing for the Port of Los Angeles, Eric Caris is responsible for marketing, sales, and promotional programs designed to attract and retain shipping business to the Port. A significant activity involves the negotiation of container terminal leases in collaboration with the Cargo and Industrial Real Estate Division. On the efficiency side, Cargo Marketing plays an integral part of implementing the Port Optimizer™ program, which provides supply chain stakeholders with added visibility to the supply chain.

Caris played an active role in the research and development of the Port’s Alternative Maritime Power® (AMP®) program, a groundbreaking technology to reduce ship emissions, launched at the Port of Los Angeles in June 2004. Instead of burning diesel fuel while berthed, AMP ships “plug in” to shoreside electrical power, which results in the elimination of two tons of air emissions each day a ship is docked.

In September of 2006, Caris was nominated to convene one of the International Organization for Standardization’s working groups, Ships and Marine Technology (ISO/TC8/SC3), which is responsible for the development of publicly available specifications for onshore power supply – specifically AMP.

Caris joined the Port in 2002 after 15 years with Canada Maritime Agencies, Ltd. (part of CP Ships) where, as Regional Director California, he was responsible for the organization and management of the California Sales & Service offices. His experience in the steamship industry dates back to 1982 when he was a commercial delegate for Compagnie Maritime Belge (CMB) in Antwerp, Belgium.

Caris is a member of the California Association of Port Authorities' Tariff & Practices Committee. He is a former president of the Los Angeles/Long Beach Propeller Club and former board member of the Steamship Association of Southern California and Los Angeles Transportation Club. Caris is a graduate of Stedelijk Instituut voor Economisch Hoger Onderwijs in Antwerp, Belgium.