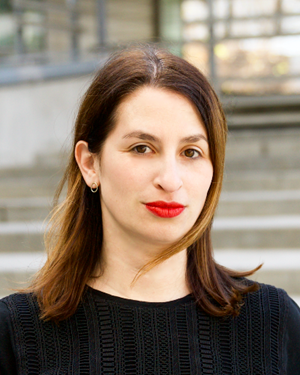 In her new position, Cohen will direct the Port’s legislative team and help establish the Port’s policy priorities at the local, state, federal and international levels. As part of the Port’s leadership team, she will also serve as a key point of contact with the Los Angeles Mayor’s Office of Intergovernmental Affairs, the Los Angeles City Council and other governmental and regulatory agencies. Cohen starts on February 25 and will report to David Libatique, Deputy Executive Director of Stakeholder Engagement.

“As the busiest port in nation, the Port of Los Angeles has a major interest in assuring that public policy and government initiatives support our business priorities and needs,” said Port of Los Angeles Executive Director Gene Seroka. “We are thrilled to have someone of Jennifer’s caliber and expertise on board to guide our legislative and government affairs efforts.”

As the director of government affairs at the LADOT, Cohen served as primary liaison to the Los Angeles City Council and other government entities. She led the department’s strategy and analysis on all local, state and federal legislative issues. In 2018, Cohen was also awarded an Eisenhower Fellowship to research the role of government in the socialization and regulation of transportation technology.

Prior to joining LADOT, Cohen oversaw state and federal government and regulatory affairs at the Southern California Regional Rail Authority (Metrolink), served as a legislative deputy for the Los Angeles City Council, and worked in the private sector as a consultant.

Cohen earned a master’s degree in public policy from the University of Southern California and a bachelor’s degree in history and sociology from UCLA.