Home / about / employment / join the los angeles port police
Back 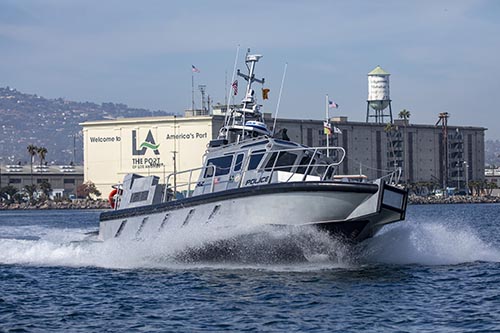 At the core of port security is the Los Angeles Port Police force, a specialized law enforcement agency that operates 24 hours/7 days per week to protect the Port from threats whether by land, sea, air or cyberspace. Comprised of more than 200 sworn officers and civilian personnel, the force’s jurisdiction spans 7,500 acres along 43 miles of waterfront.
In addition to using advanced technology to augment its security operations, Port Police capabilities include K-9 units for vessel and container searches; a full-time dive unit for inspecting critical infrastructure; a Cargo Theft Interdiction Program to prevent and investigate cargo theft; a marine unit for conducting high visibility patrols to deter and detect infrastructure threats; a High-Intensity Drug Trafficking Area anti-drug task force for targeting drug trafficking activities; and a Sea Marshall Program to inspect all inbound and outbound cruise ships and vessels of interest.

Close collaboration and information sharing with multiple government entities is critical to the Port Police’s mission to monitor and keep safe vast miles of waterfront and land-based facilities. The force has a long and impressive track record of successful joint operations with other local law enforcement agencies, as well as state and federal government partners.

Multi-agency collaboration includes use of comprehensive, integrated threat detection and incident management systems that facilitate real-time communication and sharing of crucial information. The Port’s Threat Detection Center—the first of its kind for any port in the world—uses more than 460 “smart” cameras that provide surveillance of critical Port infrastructure assets around-the-clock. Augmenting these cameras are submerged sensors that detect threats below the water’s surface as well.  Data captured by the Center has proved invaluable not only to the Port’s security and safety mission, but for the many security agencies that have also benefited from the sharing of this information.

Sworn to protect, dedicated to serve. 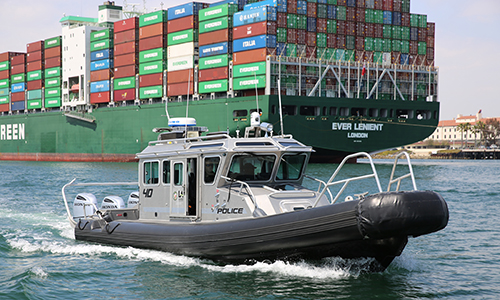 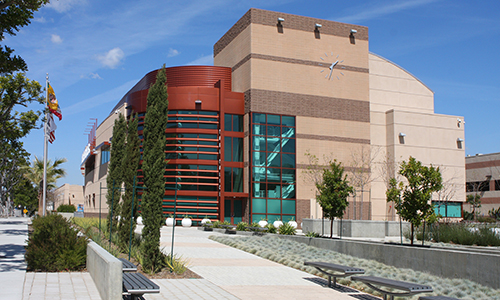 Duties for Port Police Officers include the safety and security of all passenger, cargo, and vessel operations at the Port of Los Angeles, requiring considerable public and community contact and cooperation. Officers are assigned to the Port of Los Angeles (City of Los Angeles Harbor Department) and undergo basic police academy training followed by field training with a field training officer, and may be assigned to patrol by vehicle or boat. Boat patrols include the enforcement of laws regulating vessel traffic, pollution investigations, handling of navigational hazards, inspections of docks, wharves, marinas, and all Port-controlled waterways. Officers may also independently initiate actions designed to respond to long-term or continuing criminal or safety problems, and respond to individual criminal activity. Whether patrolling by land, sea, air, or even underwater, policing the harbor is definitely an exciting job! 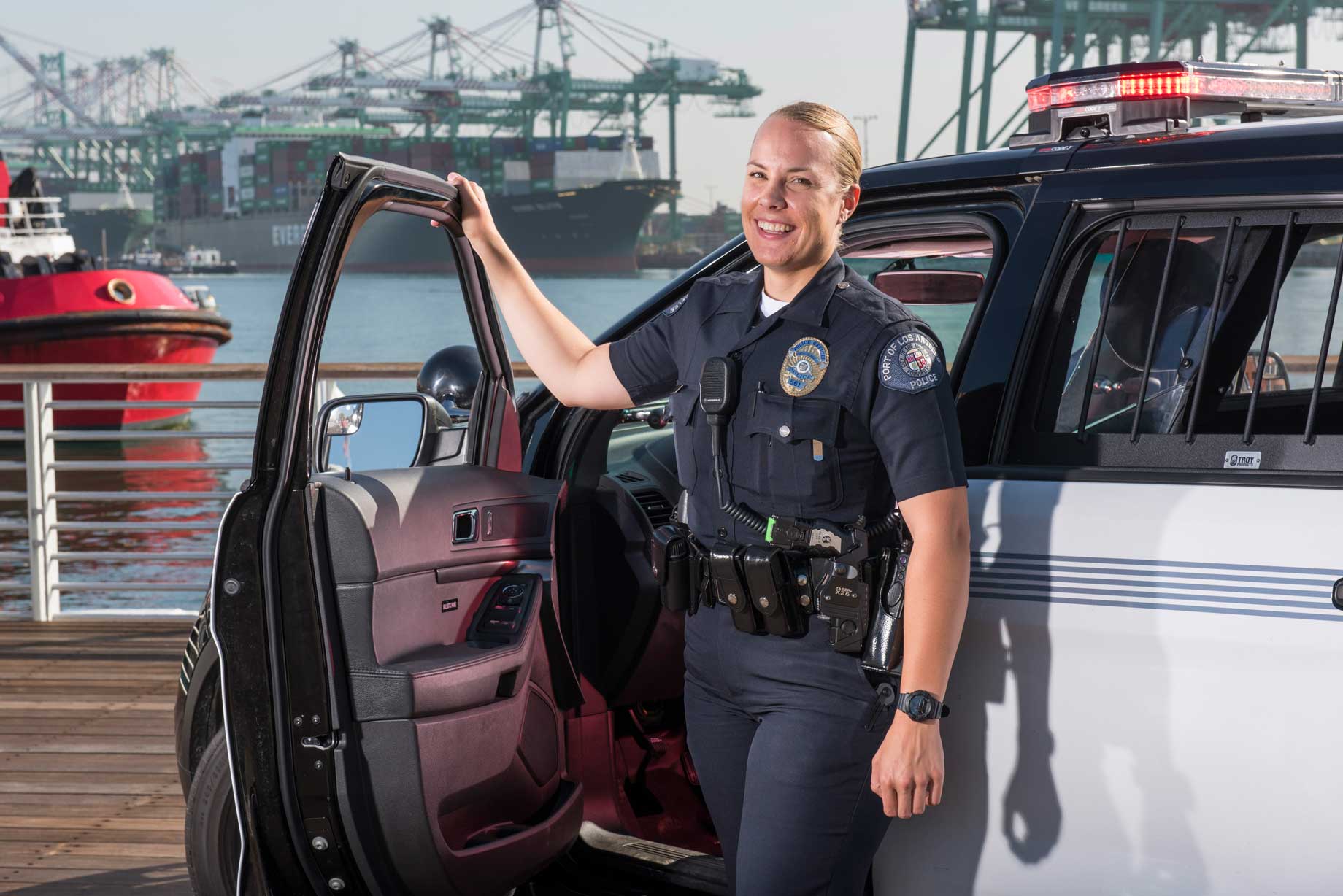 Possible assignments are listed below:

Los Angeles Port Police officers are responsible for enforcing all the laws and ordinances within the jurisdiction of the Port of Los Angeles, including its commercial operations, docks and marinas, recreational, residential and neighboring areas. Officers may also be involved with other programs such as participation in bicycle patrol, K-9, dive operations, sea marshal operations, detectives, or involvement in narcotics, cargo theft, or anti-terrorism task forces.

Formed in 1989, the Los Angeles Port Police Dive Team has sought after innovative underwater technologies to protect and secure the Port of Los Angeles’ waterways. The Dive Team's primary responsibility is to reduce the risk of underwater threats to the Port’s waterways and infrastructure. The Team’s robust underwater program uses technology, education, training, and agency partnering to promote safety, security, and emergency management. The Dive Team maps the Port’s waterways using sonar equipment, and dives on identified anomalies to determine risk. The Dive Team’s sonar program plays an integral role in the Port’s Reconstruction and Resiliency Plan, which provides a road map for the reconstruction of the Port after a natural disaster, accident, or act of aggression. They also conduct hull searches of high-interest vessels to ensure no hazardous devices or contraband pose a threat to the Port community.

Canine officers are a vital component of the Los Angeles Port Police. The drug-sniffing dogs are certified by the California Narcotics Canine Association and are trained to sniff and locate narcotics in any of the thousands of cargo and passenger ships that move through the Port each year. The bomb dogs are specifically trained to sniff out explosive materials with a primary assignment of patrolling cruise ships and the World Cruise Center.

The HIDTA is a coordinated anti-drug task force that targets drug trafficking in the ports of Los Angeles and Long Beach. Operated by the Federal Drug Enforcement Agency (DEA), several local, state and federal law enforcement agencies teamed up to form the HIDTA. This task force replaced the Marine Anti-Smuggling Team (MAST), originally formed in 1994.

The Los Angeles Port Police Marine Unit provides high visibility patrol throughout the waterways of the Port of Los Angeles to deter and detect critical infrastructure threats. The Unit also conducts vessel escorts for cruise ships, fuel tankers, and barges. Often times, the Marine Unit is the first public safety entity on scene and aids in rescues and towing operations. The Marine Unit enforces local and federal laws that include navigational laws and codes. 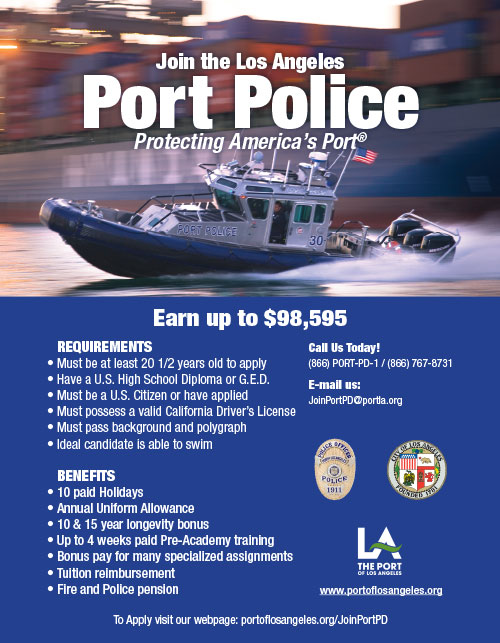 To begin the testing process to become a Los Angeles Port Police Officer, click here to complete an online application. 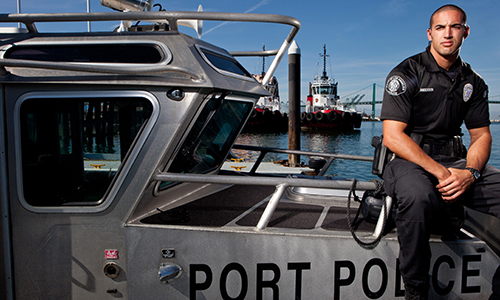