Pasha operates two marine terminals at the Port of Los Angeles – including the site where the Green Omni Terminal Demonstration Project will demonstrate the full range of zero and near-zero emissions equipment and vehicles. 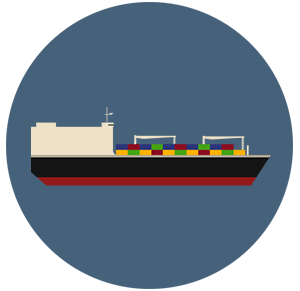 Building on a shared commitment to eliminate pollution from port-related operations, in 2016 Pasha Stevedoring and Terminals L.P. and the Port of Los Angeles launched the Green Omni Terminal Demonstration Project, a full-scale, real-time demonstration of zero and near-zero emission technologies at a working marine terminal. At full build out, Pasha will be the world’s first marine terminal able to generate all of its energy needs from renewable sources. The project is funded in part by a $14.5 million grant from the California Air Resources Board for reducing greenhouse gases and other pollutants. As part of the project, Pasha will integrate a fleet of new and retrofitted zero-emission electric vehicles and cargo-handling equipment into its terminal operations and demonstrate the latest generation of advanced technology for capturing ship emissions from vessels unable to plug into shore power at berth. With the goal of making the Pasha terminal a more sustainable and resilient facility that can operate independently off the grid in the event of a power loss, the project also features a microgrid that includes solar generation, battery storage and an energy management system to maximize usage.