Back
The San Pedro Bay Ports Clean Air Action Plan (CAAP) is a landmark air quality plan that establishes the most comprehensive, far-reaching strategy for reducing port-related air pollution and related health risks, while allowing port development, job creation and economic activity associated with that development to continue. The plan, a collaboration of the Port of Los Angeles and Port of Long Beach, ushered in a slew of anti-air pollution strategies including the Clean Truck Program, vessel pollution reduction programs, and advanced new technology, such as the world’s first hybrid tugboat. The plan was originally adopted in 2006, with updates in 2010 and 2017.
Visit the CAAP Website Get the Latest CAAP News
2017 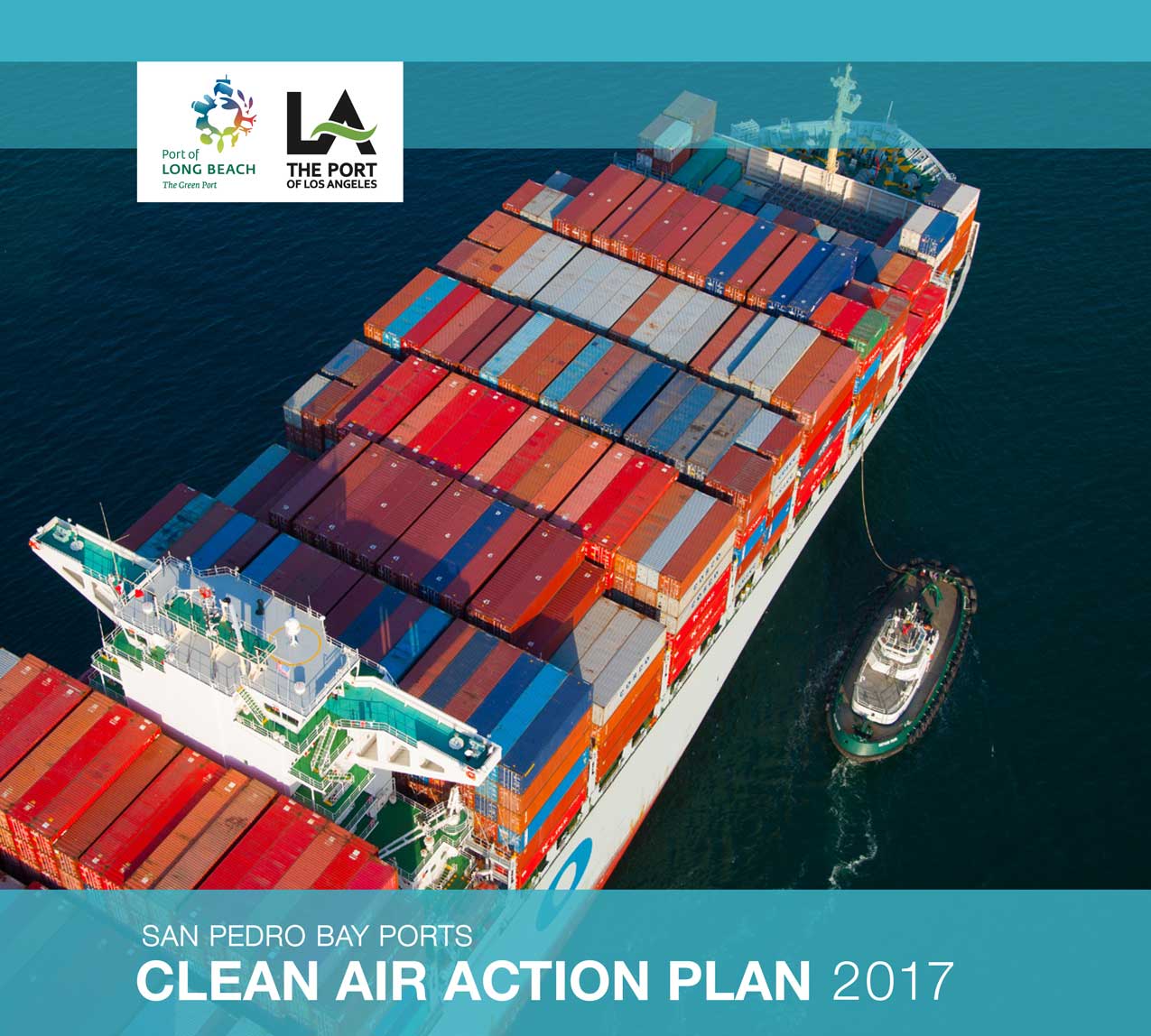 The CAAP 2017 Update is a comprehensive strategy for accelerating progress toward a zero-emission future while protecting and strengthening the ports’ competitive position in the global economy. Since 2005, port-related air pollution emissions in San Pedro Bay have dropped 87% for diesel particulate matter, 56% for nitrogen oxides, and 97% for sulfur oxides.

The Clean Air Action Plan was originally approved in 2006. 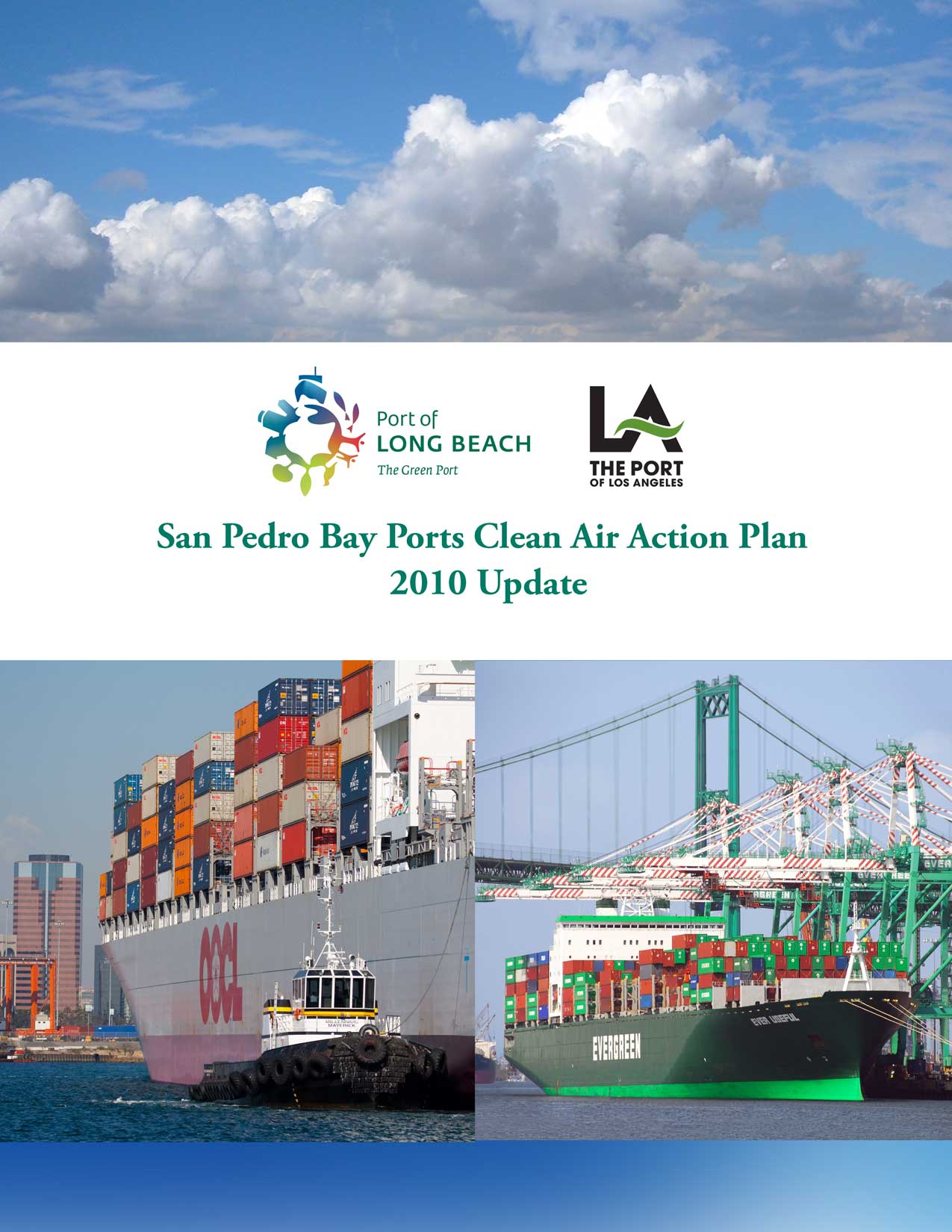 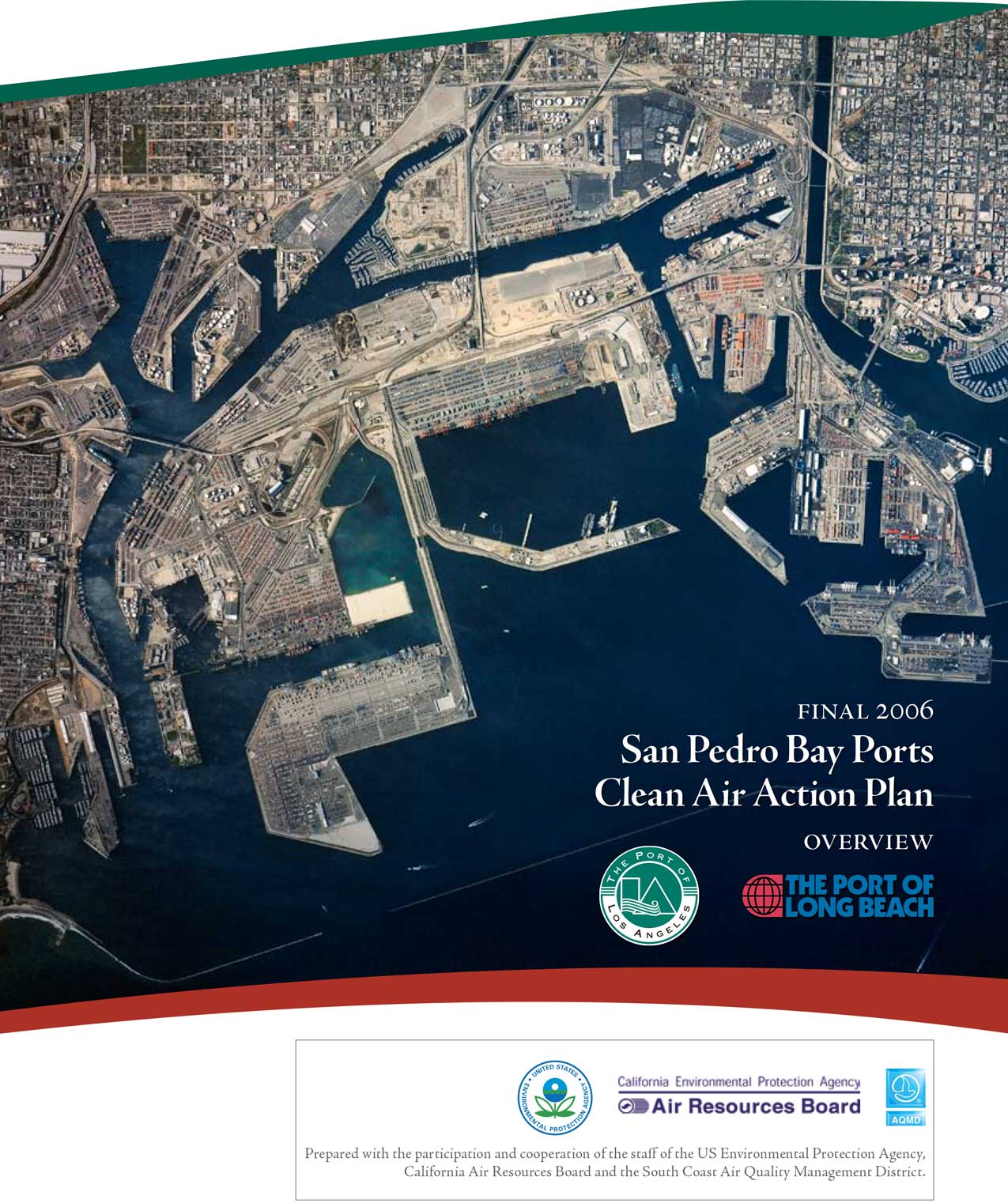 On November 20, 2006, the governing boards of the Port of Los Angeles and Port of Long Beach voted to approve the landmark San Pedro Bay Ports Clean Air Action Plan, the most comprehensive strategy to cut air pollution and reduce health risks ever produced for a global seaport complex. The historic vote committed the ports to an aggressive plan to reduce pollution by at least 45% within five years. In moving ahead with the plan, commissioners approved amendments directing staff to develop:

-A truck replacement program to phase out all “dirty” diesel trucks from the ports within five years, replaced with a new generation of clean or retrofitted vehicles and driven by people who earn at least the prevailing wage.
-Aggressive milestones with measurable goals for air quality improvements.
-Recommendations to eliminate emissions of ultra-fine particulates.
-A technology advancement program to reduce emissions, including green house gases.
-A public participation process with environmental organizations and the business community.

The five-year, $2-billion Clean Air Action Plan was created with the cooperation and participation of the South Coast Air Quality Management District, California Air Resources Board and U.S. Environmental Protection Agency, with investments by the two ports for air quality programs, extensive use of ship-to-shore electricity at the ports within five years, a commitment to use pollution-based impact fees pollution-based impact fees so that polluters pay their part to improve air quality.