The Port of Los Angeles has America’s most extensive and modern network of on-dock and near-dock rail services connecting the U.S. imports and exports to international markets. About 35% of intermodal containers utilize the Port’s rail network, which includes one near-dock railyard and five on-dock railyards that serve the Port's seven container terminals. The use of on-dock rail is growing annually.
The Port’s world-class rail infrastructure consists of more than 65 miles of on-dock track for building and sorting double-stack trains that speed imports to markets nationwide and U.S. products to the Port for delivery to consumers around the globe. The average train is made up of 30 double-stack cars, eliminating approximately 400 truck trips and related air pollution on each run while optimizing the movement of cargo.
Five modern on-dock rail yards and a sixth yard – a multipurpose staging and storage facility – serve the Port’s full complement of seven marine container terminals. The network operates 24/7 and links to the Alameda Corridor, a dedicated rail expressway that connects the docks to the transcontinental rail system for cargo to flow nonstop between the Port and markets throughout North America.
The Port’s rail network also consists of the near-dock Intermodal Transfer Container Facility (ICTF) and five off-dock mainline rail yards – three operated by Union Pacific Railroad (UP) and two operated by BNSF. The UP East Los Angeles Yard and the BNSF Hobart/Commerce Yard near downtown Los Angeles, approximately 24 miles north of the San Pedro Bay ports, handle the majority of the intermodal cargo.
Over the past 10 years, the Port has invested more than $300 million in railway-roadway grade separations and rail system projects to reduce truck trips and optimize the flow of cargo. The Port and its terminal operators are planning to expend hundreds of millions more on rail system projects over the next 10 years to accommodate expected growth in intermodal rail volumes.
On-Dock Rail

Approximately 26% of all cargo moving through the Port utilizes the on-dock rail network. Cooperatively designed by the Port, its customers and the transcontinental railroads, all on-dock facilities:
Pacific Harbor Line (PHL) Inc. is the short-line railroad that builds the on-dock trains and operates the intermodal rail network for the entire San Pedro Bay port complex. Using the Centralized Traffic Control (CTC) System, PHL manages all rail dispatching, switching and maintenance services to ensure the safe, efficient movement of inbound and outbound train traffic. All of the Port's on-dock rail yards are linked to the CTC System and funnel cargo through the Alameda Corridor to the national rail system. The cleanest locomotives available comprise the PHL fleet. 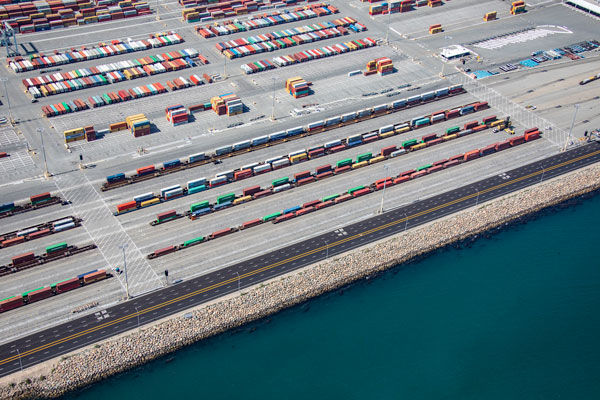 The Berth 200 Rail Yard, also known as the West Basin Rail Yard, serves as PHL’s base of operations. The modern 60-acre rail transfer facility, expanded and upgraded after having relocated from its former location at Pier A, allows PHL to coordinate on-dock operations throughout the San Pedro Bay port complex. The infrastructure includes: 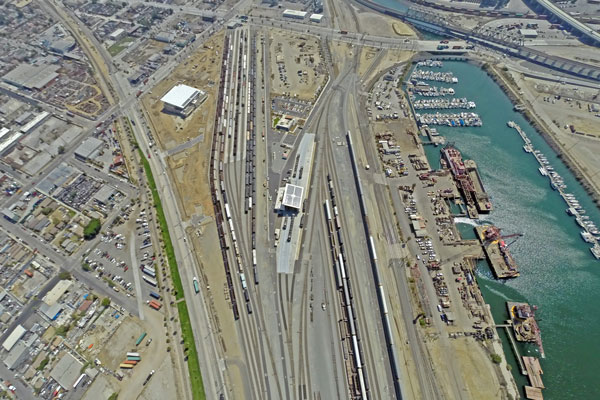 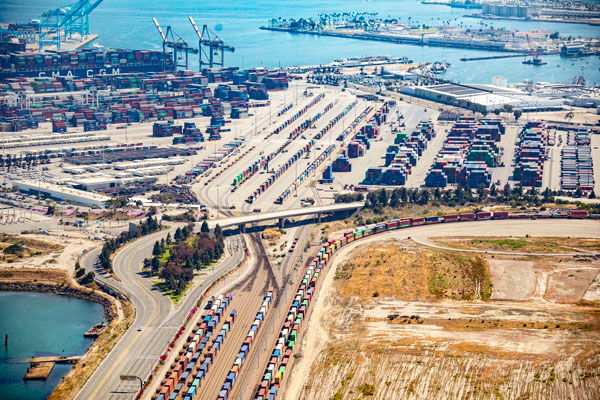 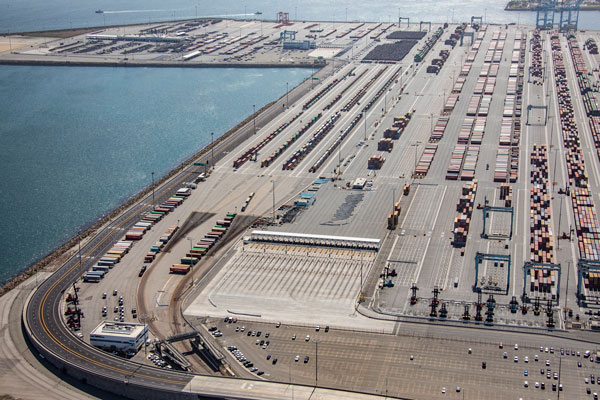 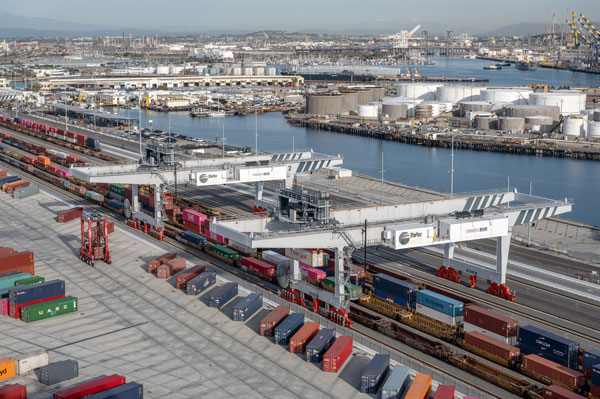 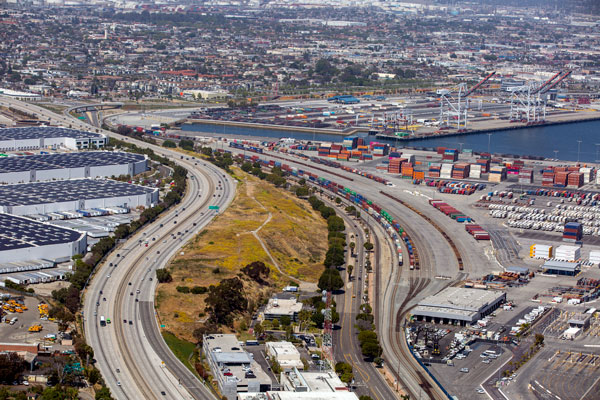 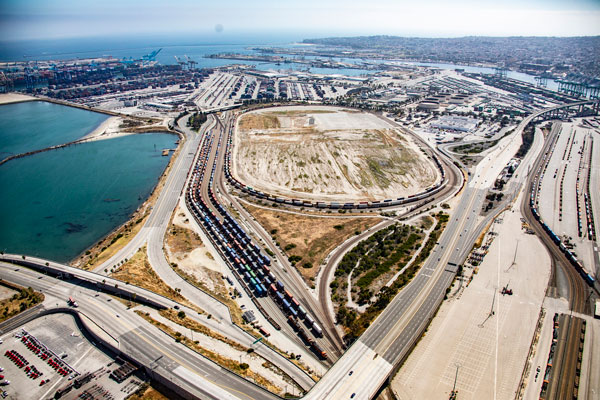 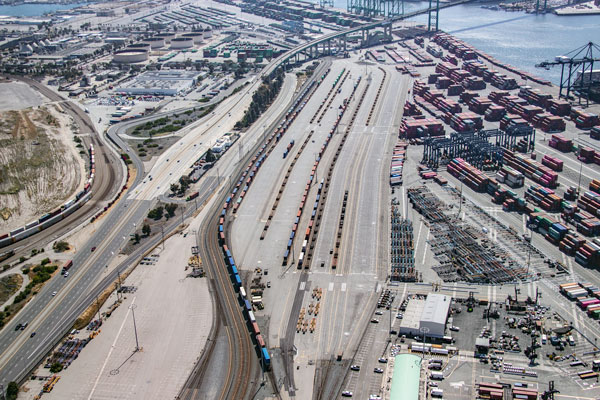 The cornerstone of the Port's intermodal train traffic network is the Alameda Corridor, a $2.4 billion, 20-mile-long (32-kilometer-long) below-grade freight rail expressway. The Corridor serves as the primary connection for cargo-carrying train traffic moving between the ports of Los Angeles and Long Beach and the transcontinental rail network based near downtown Los Angeles. Construction of the Alameda Corridor constituted one of the largest public works projects in the nation and eliminated more than 200 at-grade crossings for safer, faster movement of freight by rail and vehicle traffic. Benefits include:
Alameda Corridor website 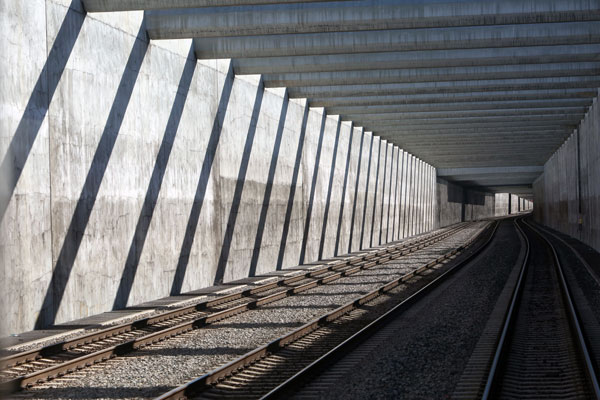 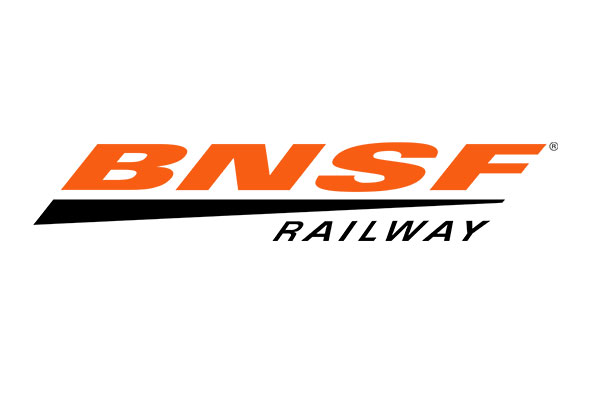 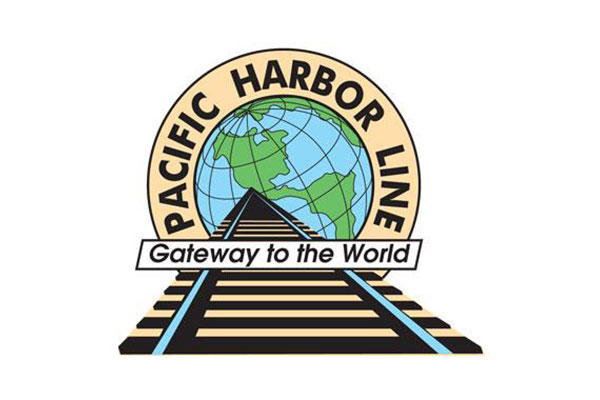 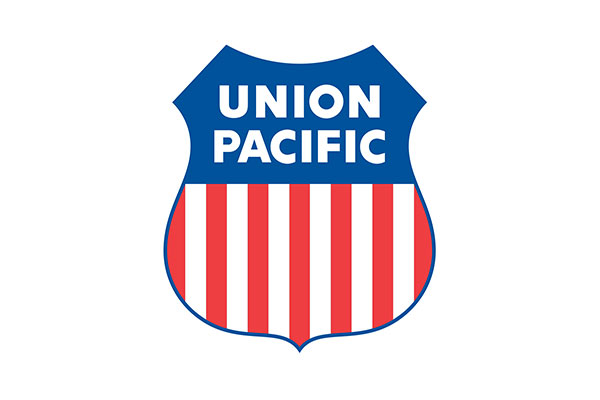