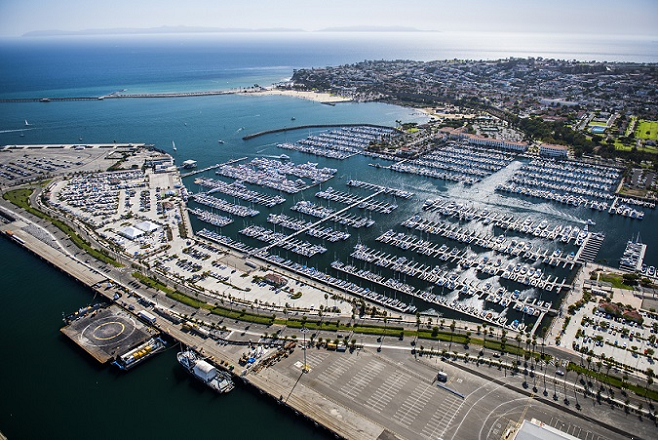 The Boaters’ Choice Awards recognizes marinas that consistently provide an excellent year-round home for the boating community. Top marinas are determined by boater-audience reviews posted on marinas.com.  Online reviews about the Cabrillo Way Marina noted the helpful staff, cleanliness of the marina, new docks, and ease and accessibility of the slips.

The Cabrillo Way Marina is comprised of 700 slips covering 87 acres of land and water in the West Channel/Cabrillo Beach Recreational Complex. Located south of 22nd and Miner streets, it also features a nearly mile-long public waterfront promenade. When it was completed in 2011, the $147.6 million marina was the largest non-terminal construction project ever undertaken by the Port.   The Port of Los Angeles is currently offering Cabrillo Way Marina and two adjacent landside parcels as an acquisition and commercial development opportunity.

“Between 2005 and 2025 the Port of Los Angeles is investing more than $1 billion in the LA Waterfront, with approximately $700 million already spent,” said Port of Los Angeles Executive Director Gene Seroka. “The Cabrillo Way Marina is a great example of how that investment continues to provide significant benefits to the community.”

“Marinas are the very first point of visibility and experience for most boaters,” said Westrec President Bill Anderson. “Setting a high bar to ensure their experience keeps them coming back and out on the water is one of Westrec’s primary mandates.”