Response Times to Port Emergencies Expected to be Significantly Reduced


SAN PEDRO, Calif. – August 13, 2018 – In partnership with the Los Angeles Fire Department (LAFD), the International Longshore and Warehouse Union (ILWU), Los Angeles Port Police and port terminal operators, the Port of Los Angeles has put into place a Waterside Emergency Access Plan to facilitate quicker first responder waterside access to potential emergency situations at the Port.
Previously, first responders would only reach emergency situations at the Port via landside access, which frequently meant delays because of street traffic around the Port, in addition to day-to-day operational traffic within the complex itself.
“Development of this plan shows what can happen when 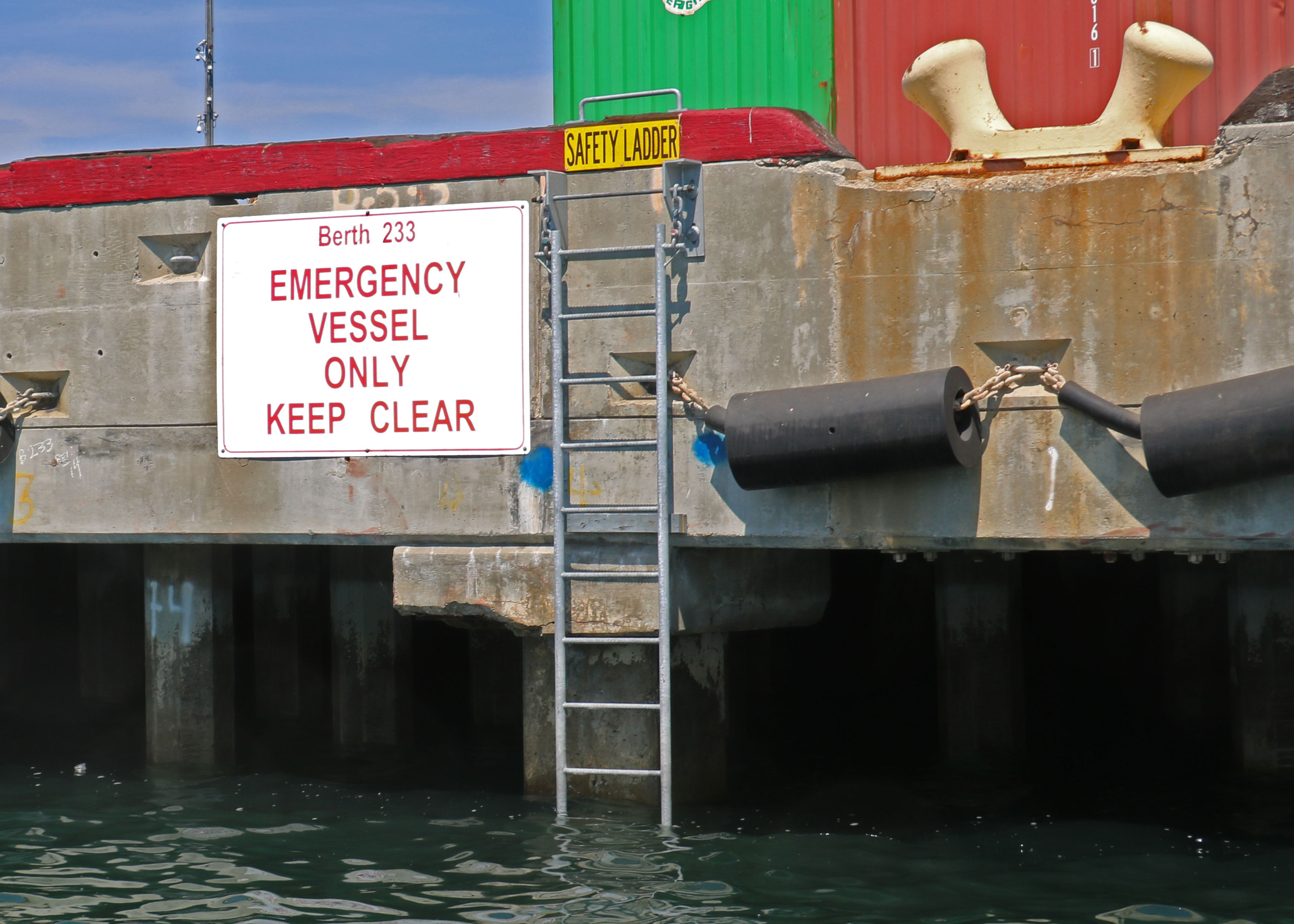 entities work collaboratively and bring their collective knowledge to the table to improve safety at the Port,” said Port of Los Angeles Executive Director Gene Seroka. “We commend the ILWU and Los Angeles Fire Department representatives for bringing this solution to us.”
The plan establishes 11 designated emergency locations in the harbor, which will now allow for immediate access by emergency vessels from waterside to terminals. These include 10 locations at select container and bulk terminals, and one at the World Cruise Center. The designated locations are marked with bold signage, painted bulk rails and pavement, as well as new waterside ladders for quick access from vessel to terminal landings.
“Waterside access gives us an additional option for reaching emergencies more quickly,” said Joe Mendoza, the LAFD battalion chief currently overseeing the project. “Getting to a potential victim as soon as possible can be a matter of life or death in many cases.”
The idea for the first-of-its-kind plan came out of a meeting of industry and union representatives involved in the Joint Accident Prevention Committee, a group that meets regularly to discuss safety issues related to the Port.  ILWU foreman Jack Russo, along with LAFD Deputy Chief Ronnie Villanueva and Battalion Chief Al Valle — also a longshore worker — spearheaded the drive to get the idea implemented. It was eventually brought to the attention of Los Angeles Board of Harbor Commissioner David Arian and Port engineers. One by one, terminal operators were solicited to participate.
Russo and Valle had observed that normal emergency access by landside at the Port could sometimes result in delays before responders could reach victims. Waterside access by fire boat or other emergency response vessels is expected to significantly reduce response times.
“The plan was the result of many people working together who saw the potential of using waterside access to cut emergency response times,” said Russo. “This new option will save lives. No doubt about it.”
The Port of Los Angeles is America’s premier port and has a strong commitment to developing innovatively strategic and sustainable operations that benefit Southern California’s economy and quality of life. North America’s leading seaport by container volume and cargo value, the Port of Los Angeles facilitated $284 billion in trade during 2017. San Pedro Bay port complex operations and commerce facilitate one in nine jobs in the five-county Southern California region.