Los Angeles may be best known as the entertainment capital of the world, but it’s also a place rich in history, culture, and diverse neighborhoods and towns. This couldn’t be truer of the city’s most southern tip—the Los Angeles Harbor, which is home to cultural and military landmarks that commemorate its early days and milestones over the century. 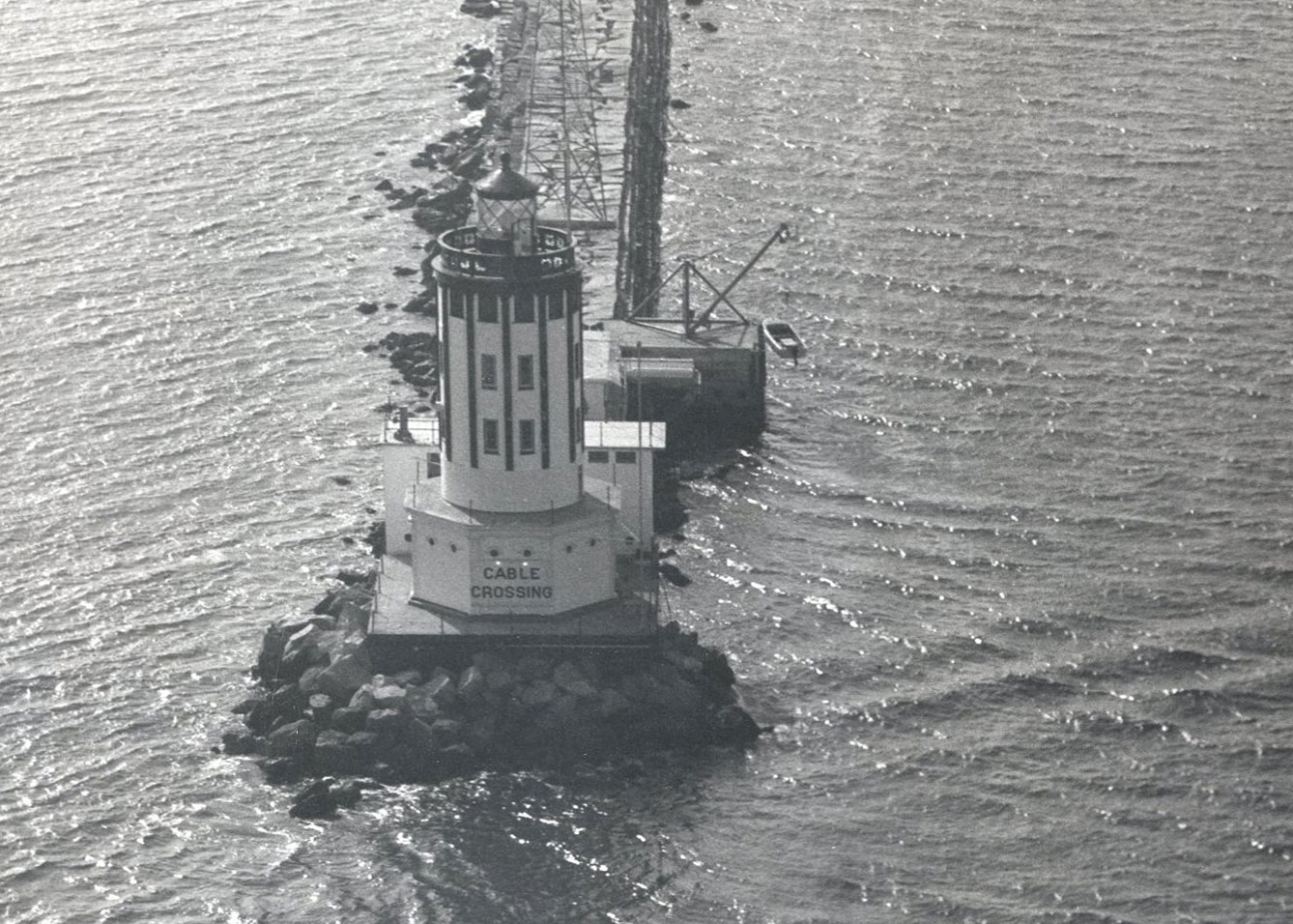 
This historic lighthouse has marked the entrance to the Port of Los Angeles since 1913. Mariners are guided by the lighthouse’s rotating green light, which was automated in 1973. Designed differently than any other California lighthouse, Angels Gate is situated on a 40-foot concrete square and is the only lighthouse on the West Coast that emits a green light to differentiate itself from other lighthouses in close proximity. Built to withstand rough seas, the framework is structural steel, with steel plates going up to the second floor. 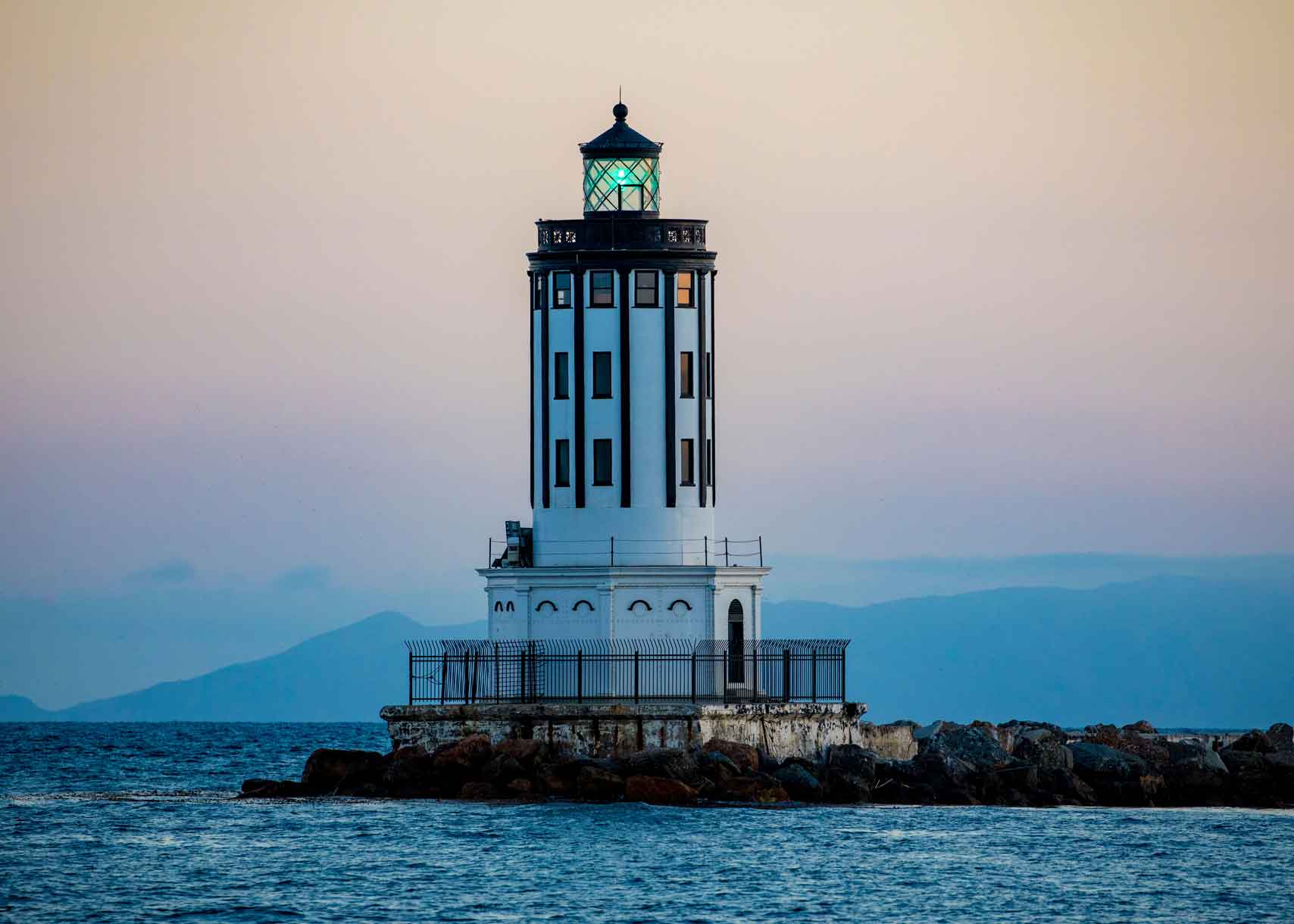 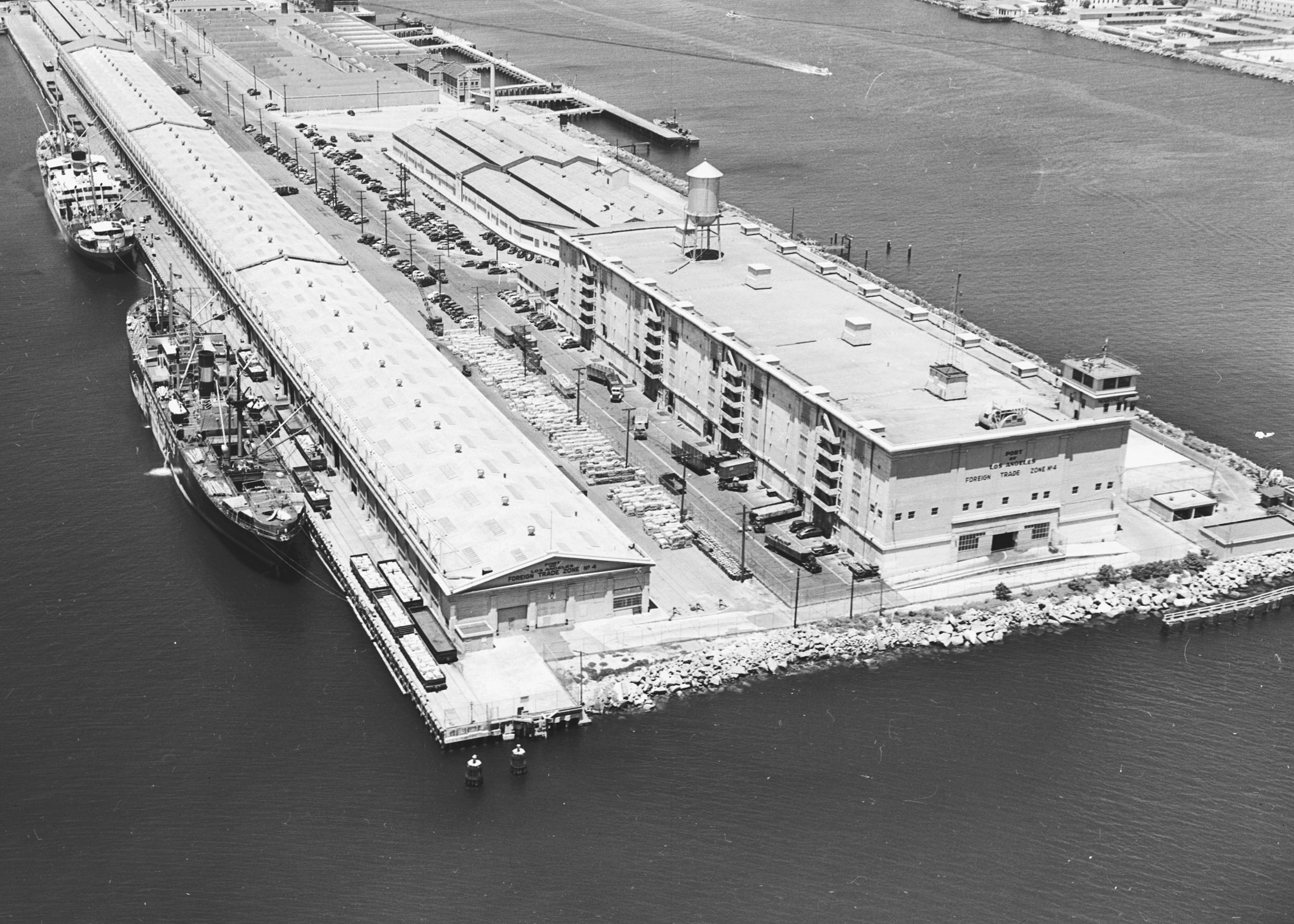 
Completed in 1917, Municipal Warehouse No. 1 served as the Port’s only bonded warehouse, a function that was critical to Los Angeles’ entry into international trade markets. Still a working warehouse, it is also recognized as California State Historical Landmark No. 2709, and is located at Berth 68 in San Pedro. 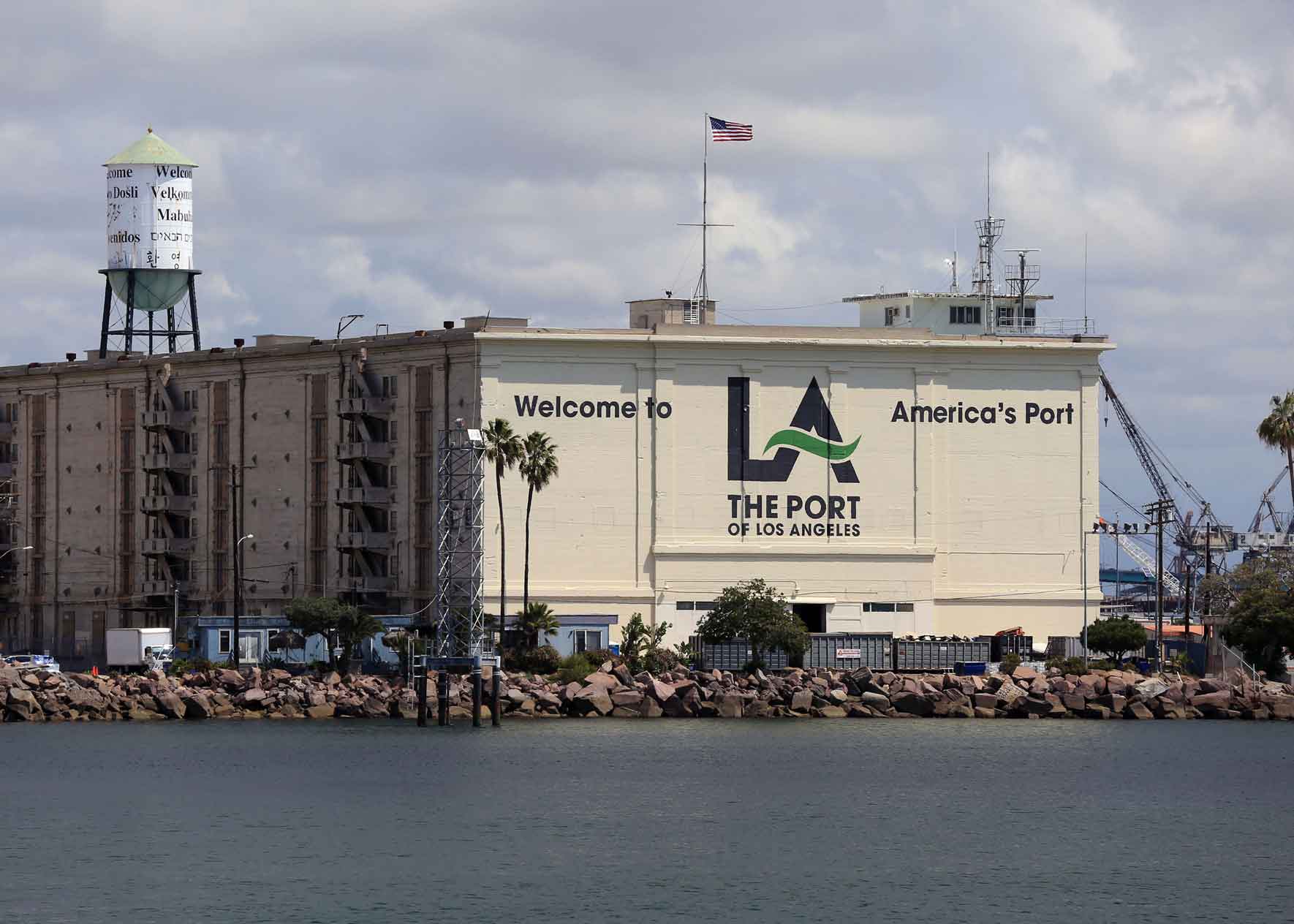 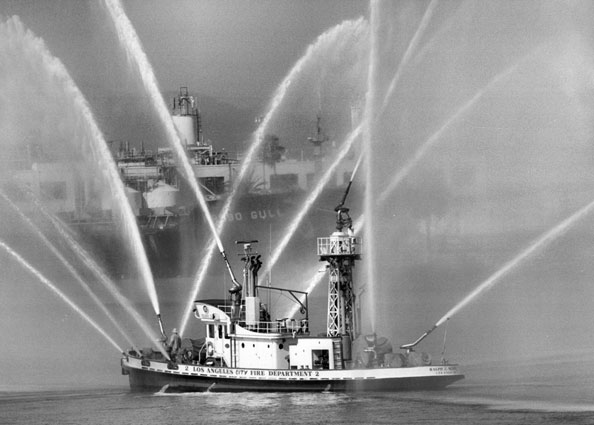 
Currently on display near Fire Station 112, the Ralph J. Scott was commissioned in 1925. The classic fireboat served the Los Angeles Fire Department until 2003, when it was retired after 78 years of service. It was replaced by the Warner L. Lawrence, one of the most powerful fireboats in the world. 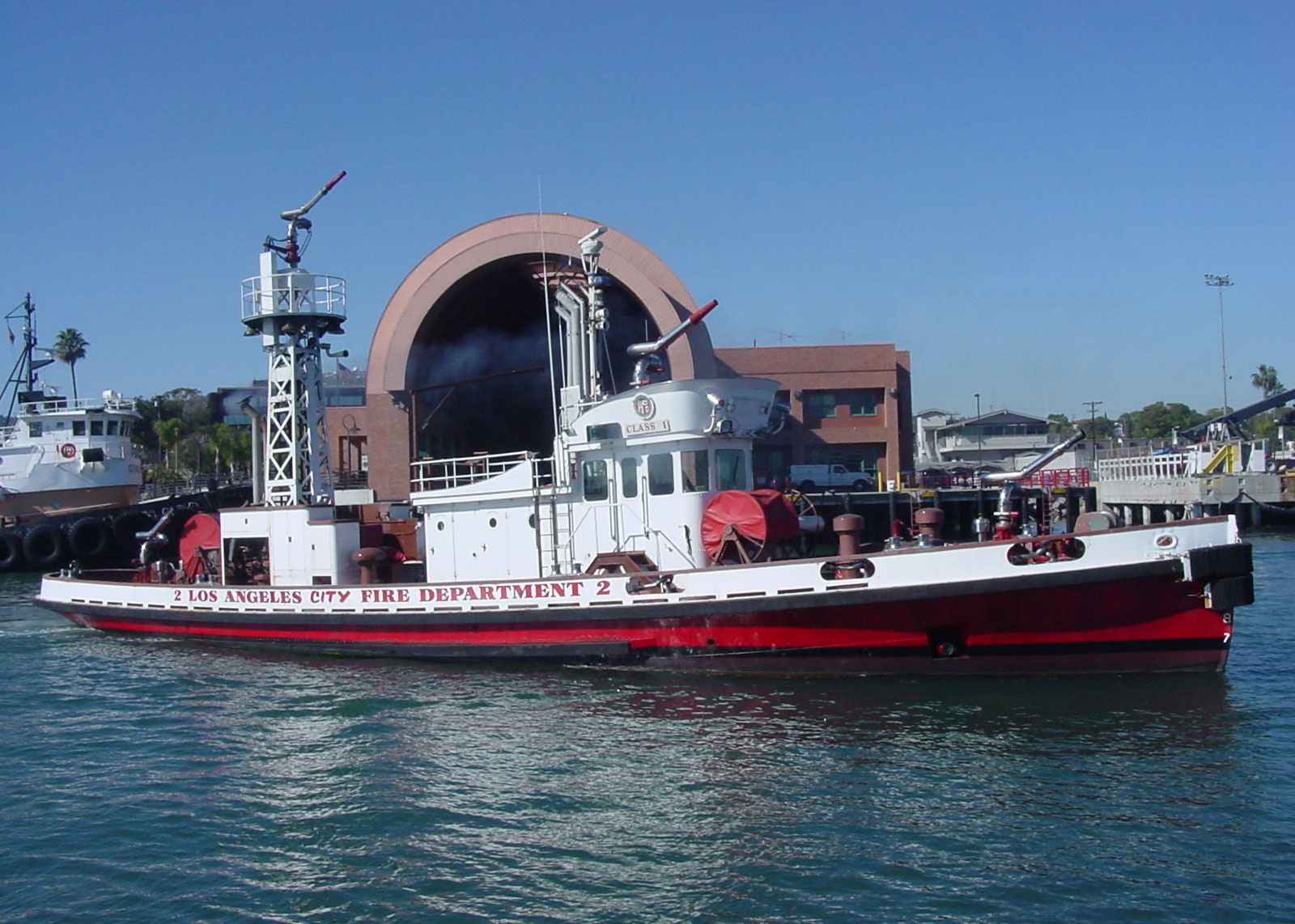 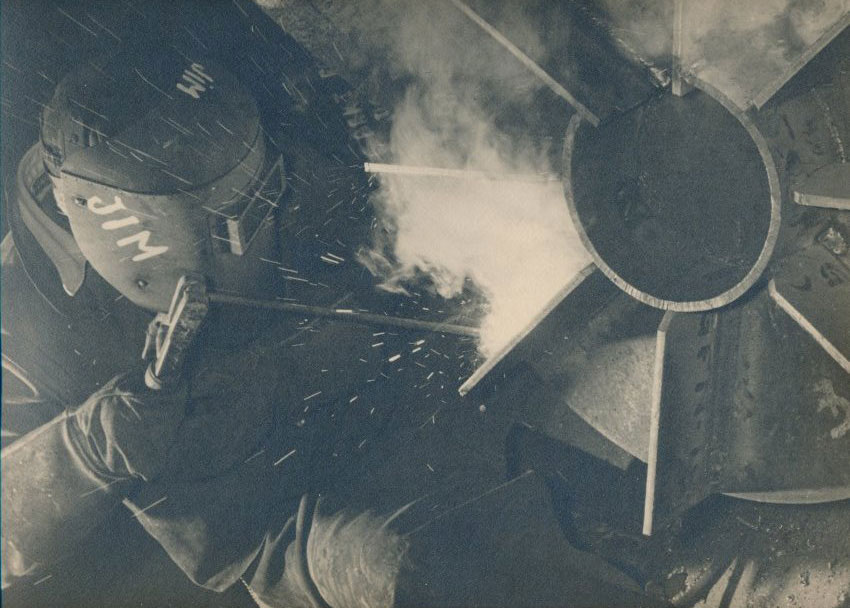 
This 10,000-ton, fully operational World War II cargo ship at Berth 49 in San Pedro is restored and is dedicated as a living memorial to the civilian Merchant Marine and the Naval Armed Guardsmen lost at sea. Maintained by volunteers of the United States Merchant Marine Veterans of World War II, the ship is open most days and visitors can go from the bridge, to the engine room and through to the cargo holds. 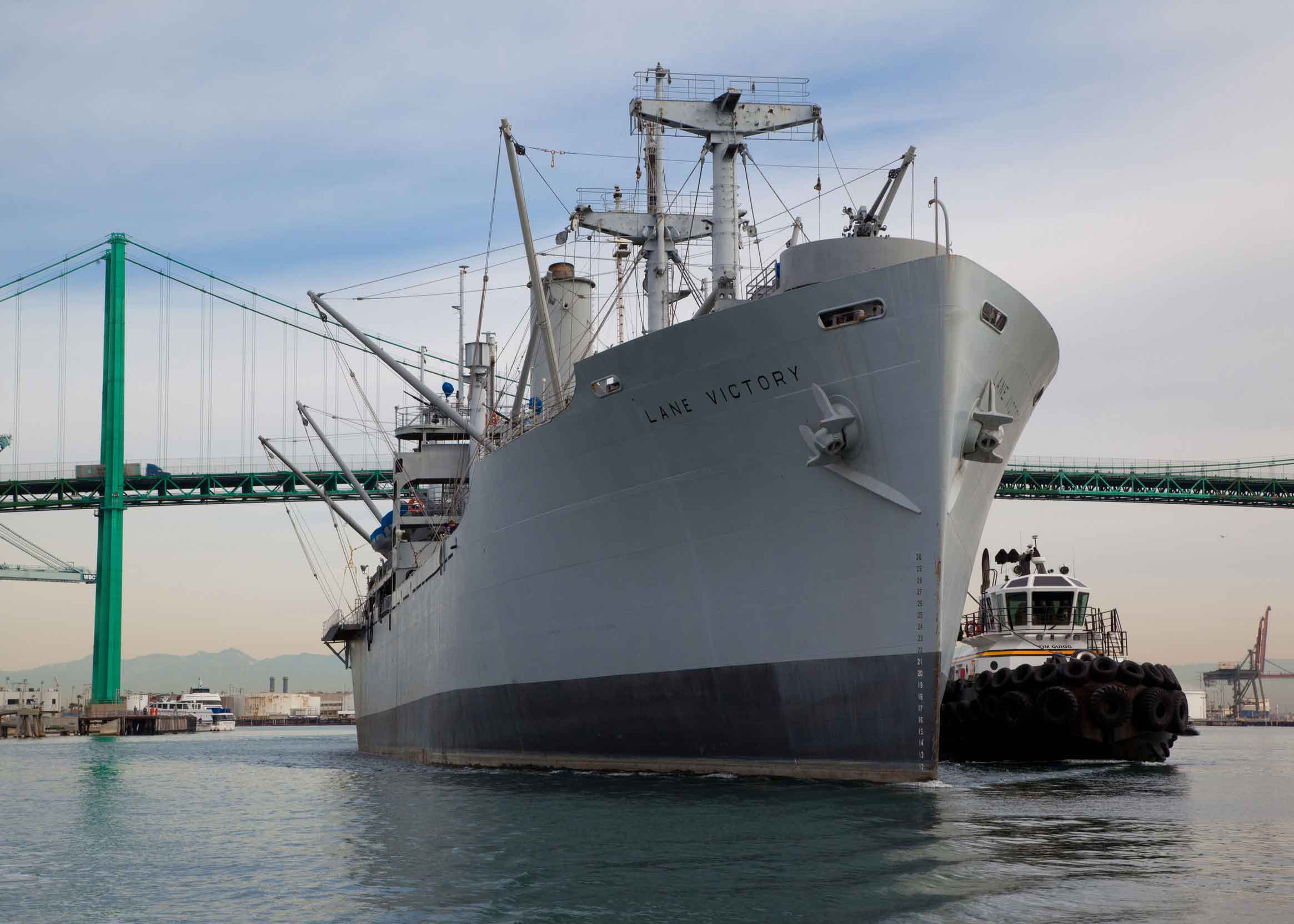 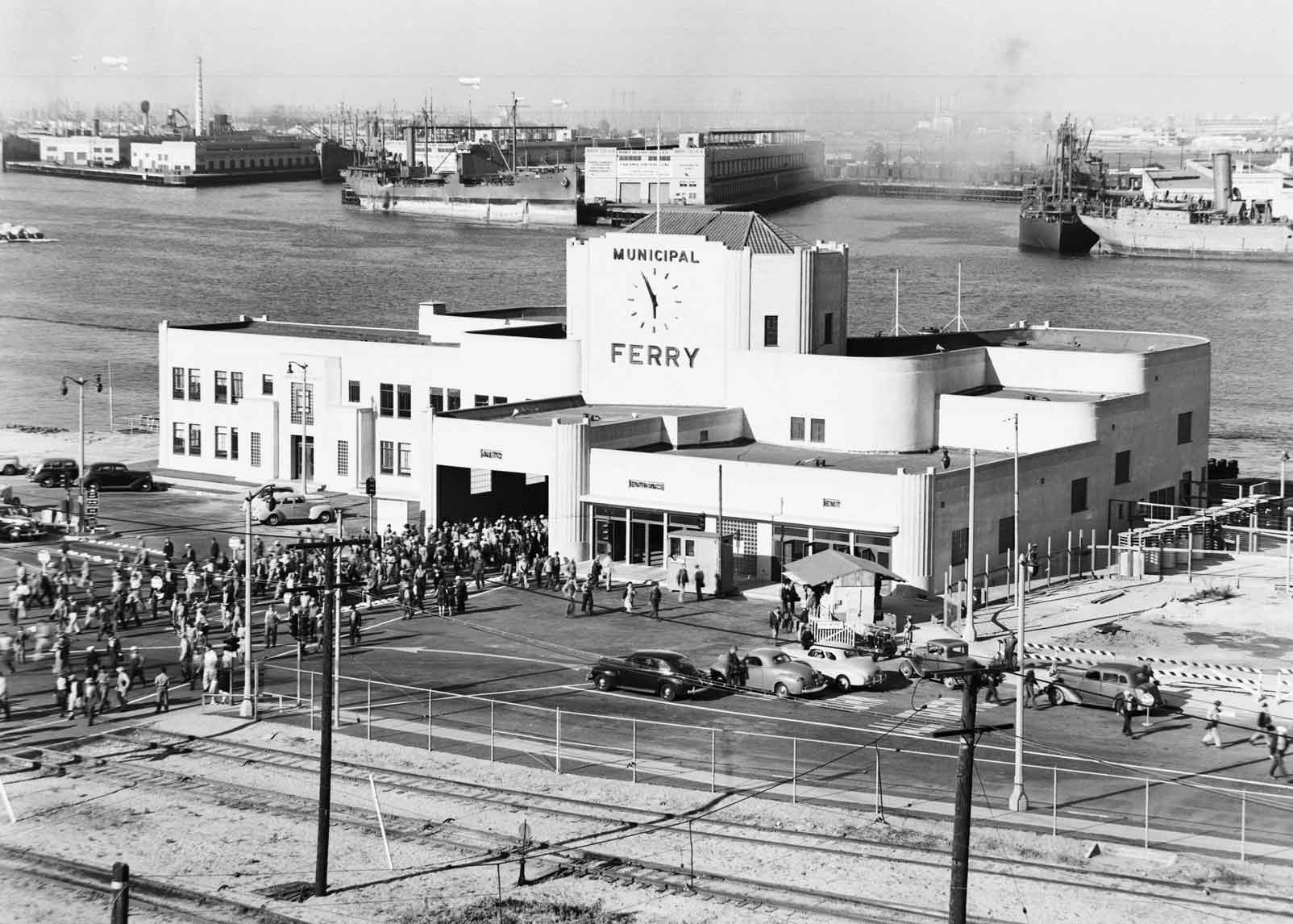 
The Municipal Ferry Building was completed in 1941. Ferry service transported vehicles and passengers on double-decked ferry boats back and forth across the Port’s Main Channel. Cannery and shipyard employees working on Terminal Island were the primary passengers. Ferry service became obsolete with the construction of the Vincent Thomas Bridge in 1963.  The building now houses the Los Angeles Maritime Museum, which features exhibits and displays about life along the waterfront through the years, highlighting Los Angeles’ 20th Century prominence in the nation’s fishing and maritime industries 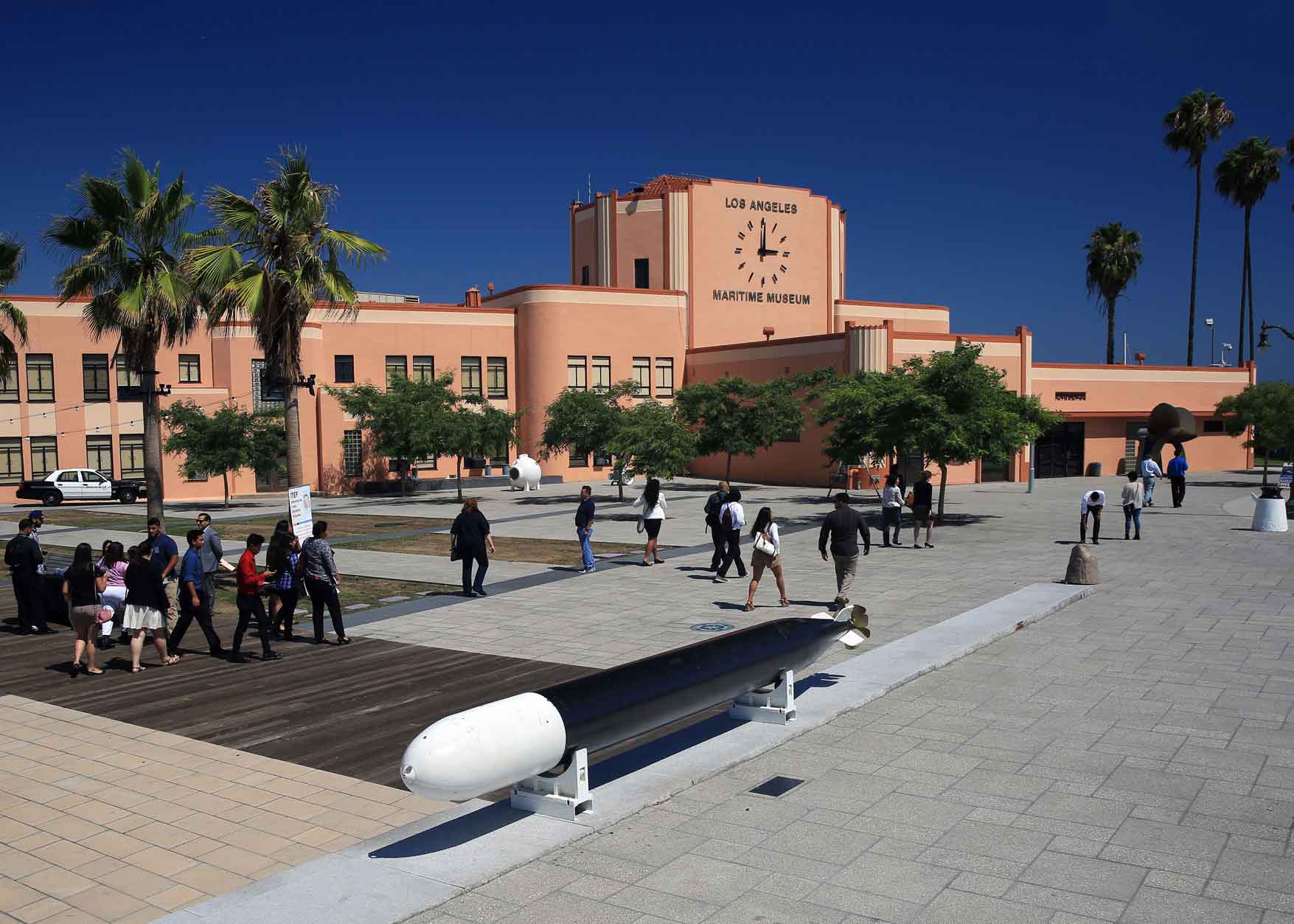 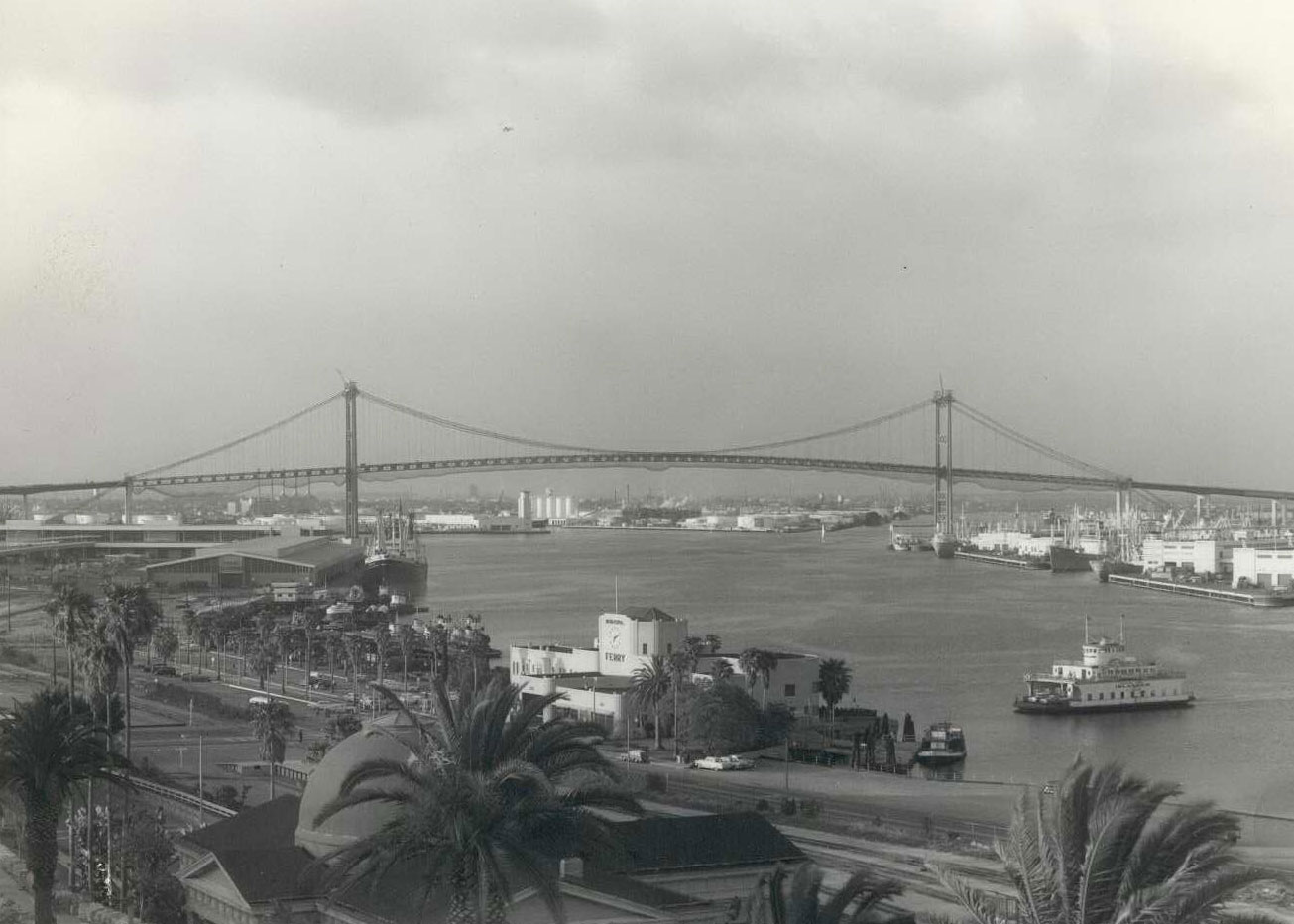 Painting the bridge is a continuous maintenance job for the California Department of Transportation (Caltrans), and requires 1,500 gallons of zinc, 500 gallons of primer and 1,000 gallons of green paint to cover the span. In 1999, the Los Angeles City Council declared the Vincent Thomas Bridge as the City of Los Angeles’ official welcoming monument. 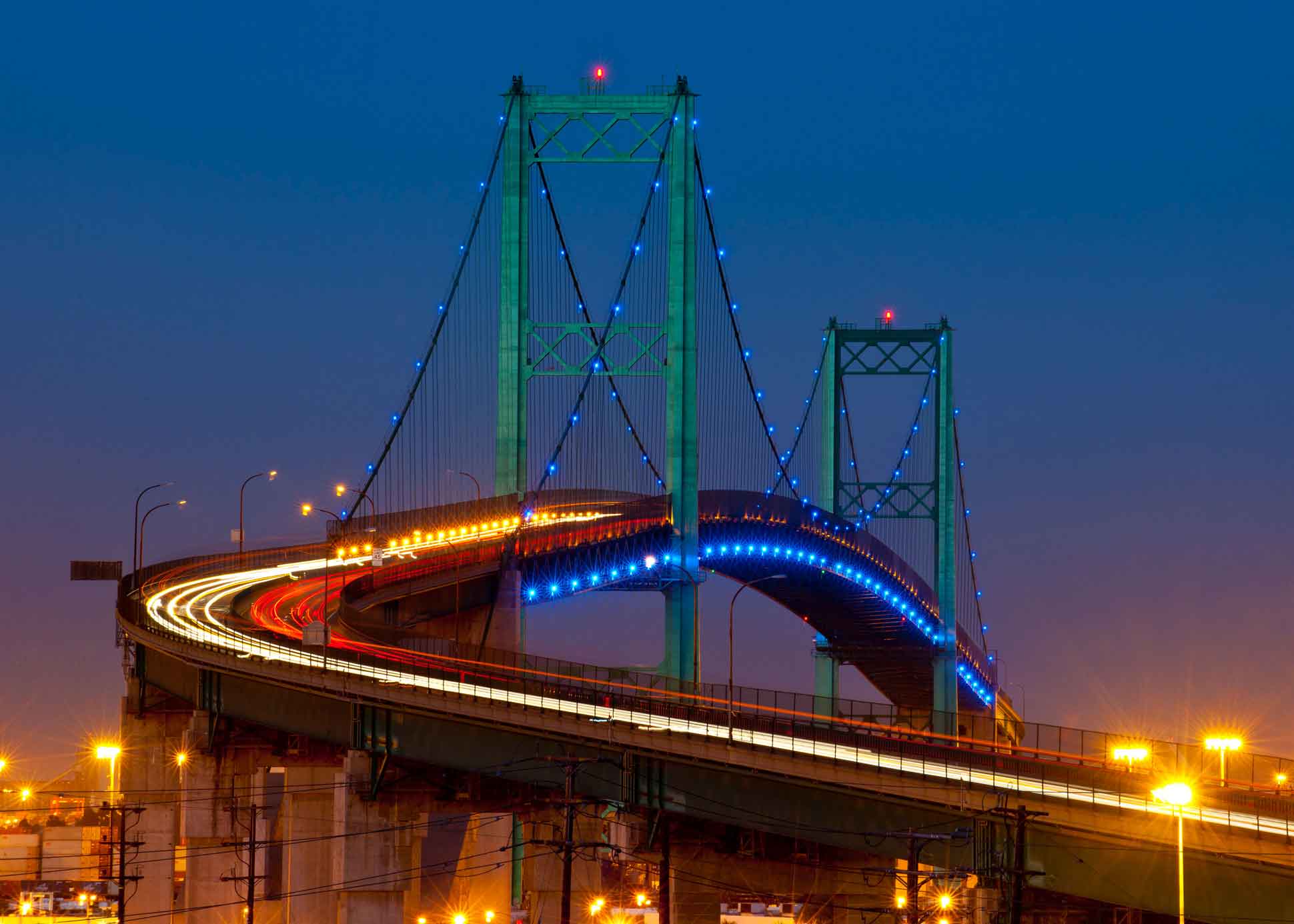